Does anyone know a camera type, that is able to be triggered again immediately after the last trigger? I am talking about maybe one or two seconds, also three would be good enough. The producers always propose, that the trigger speed is under one second and added with the recovery time (let´s assume also one second for that) this should guarantee a timegap under 2 seconds between two triggers. I need a constant triggering with as many pictures as close together as possible. Each camera, that I tested never gets under 4 seconds at its best, and commonly needs 7 to 10 seconds. I cannot afford the high end devices, so I tested the following cameras: Secacam Pro, Secacam ProPlus, Secacam Raptor, Browning Patriot, Browning Dark OPS Pro, Stealthcam STC, Moultry M40i, Moultry M50i and none of them is able to be retriggered faster than 4 seconds. I did try different settings with different numbers of burst-shots and I usually use the lowest resolution.

So I am really curious if there is a camera, that meets my reqirement? I guess, that REconyx cams can do this, but I am not so sure and they are too expansive anyway. Thank you for an answer, 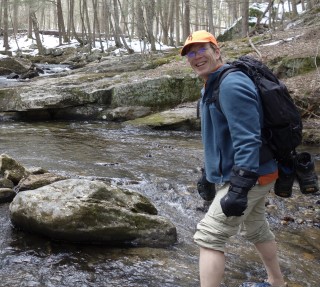 Browning spec ops and recon force models going back to the advantage series have a recovery time less than a second, and an ability to extend a video if the pir sensor is active.  Current models are “recon force elite hp5”  BTC-8E-HP5 (low glow flash) , and ”spec ops elite hp5” BTC-7E-HP5.  Older models were advantage, edge, annd elite hp4.

Oops, I see that you mentioned "photos" -- not videos.  I know for sure the behavior of the Brownings above with video.  With the availability of large capacity cards, we only use video mode these days.  This insures a continuous sequence of images for 20 seconds (our typical setting), or longer.  We can then pick "the best" frames for any stills we need later.  Per @Peter_Apps comment below, I'm a little concerned that the issue with photos is failure to re-trigger when target in a different region of the frame, vs. recovery time.

Thank you for your fast reply and sorry for my late answering. I tested the cameras with humans and dogs (and ducks) walking laterally and in random directions. Maybe I did not keep moving constantly enough, so the camera could not be triggered immediately. So I tested the Brownings once again and they are really fast enough, I clearly made a mistake in the first setting! But now I have the problem, that the time stamp does not show seconds, only hours and minutes. There is no way to set this differently, and I need this information. I

HI Stephanie! Regarding your issue with the timestamp: Is this in the EXIF data of the photos?

@Stephanie as luck would have it, I recently released some firmware for Browning BTC-7E-HP5 and BTC-8E-HP5 cameras that contains a number of feature enhancements, including the oft-asked-for seconds-level resolution on the Date/Time in the image info strip.  See my recent blog posts on the topic, which incudes pointers for where to find the firmware images.  Links below

Without actually checking, I am reasonably sure that I get gaps beteeen videos of less than 4s with Browning ProXDs and Patriots, and the gap betwwen still images would be shorter than that. How are you triggering the cameras, what is you test set-up?

Yes, all Reconyx models I've used over the last 15 years will do faster than ~2-4 sec. And, if you're using them for >1-2 years or seasons, I very much doubt the actual cost-per-time is higher with Reconyx. They last, they're reliable, battery life is outstanding, they have 5 year warranties (I think all do), the company repairs cameras for a very reasonable cost, and they are super-responsive in terms of customer service. Obviously just my experience and opinion, but unless you're doing a 1-year project, or absolutely have to get X cameras for Y cost, Reconyx are worth the longer-term investment.