One of the questions that came up at the BYO Datalogger Welcome meetup is regarding SD card reliability. Since it was a bit of a detailed topic, we decided to move it to the forums.

Micro SD cards are used by the Wildlogger as a storage medium and there was a question that was related to the reliability of SD card storage. It's actually quite relevant so here's an attempt at an explanation.

SD cards are based on flash memory which, from a reliability standpoint, means they have two weak points. The first is that there's a fixed amount of times they can be written to and erased. That's usually around 100,000 times per location. This might sound like a lot, but there was a pretty consistent issue on the Raspberry Pi where SD cards would get corrupted frequently.

This actually turned out to be because the Raspberry Pi (rPi) used the SD card similarly to how a PC uses the hard drive and the operating system would regularly write and delete log files. It became enough of a problem that now there are well known solutions to disable log file writing on the rPi. Note that there's nothing wrong with using the Raspberry Pi, but you might want to keep this in mind, in case you need a high reliability application. For more of an explanation on the specific issue and it's fix, you can find it here.

There are also specialty SD cards that have additional hardware that distribute accesses to the SD card so that it minimizes writes to the same location and spreads out the wear on the card. These are called "wear-leveling" SD cards and are mainly used in high reliability applications. FYI, wear leveling is also a standard feature on solid state drives since there's a potential that there will be many read and write accesses to them. For more info on wear leveling SD cards, you can find it here.

As for our application, I don't foresee SD card wear as a major problem in most applications. By the way, these are also "famous last words". But if you use it in a way where you deploy it for some time in the field, then retrieve the data from it, the SD card should last on average for 100,000 deployments. If each deployment lasts one day for data collection, that would be 273 years. I find that my microSD cards rarely last longer than one year, but that's because they're so small, I normally misplace them which is the second weak point (and a strong point). For more information on SD card lifespan, you can find it here.

There are other things that can cause SD card corruption though. These can be software bugs that interrupt SD card writing or stop them prematurely, a sudden power loss or glitch during a write operation, electrostatic discharge (you shock the SD card), an overvoltage event, wetness on the circuit board (ie: high humidity or morning dew), etc. These are mostly field deployment issues that would hopefully be uncovered in piloting the design, which we'll be covering in a later module.

One of the main drawbacks of using an SD card is that in a low power system, ie: you're hoping to run for 6 months to 1 year on a single charge, it's often the highest current consumer. This is true for the Wildlogger board where even using a microSD card with good power numbers increases the current consumption by about 300 uA. Using a cheap Chinese microSD card increases it by almost 1 mA.

As a rule of thumb, we generally try to get our low power systems under 1 mA in sleep mode and typically around 200 uA (0.2 mA). At 1 mA in sleep mode, this translates to a theoretical maximum battery life of 83 days using a standard 2000 mA-hr alkaline battery. A realistic battery life would be around 40 days at 1 mA. This is why the microSD card starts becoming the limiting factor in a low power system. If what I just said sounds like Martian to you, I recommend checking out Module 1 where Jacinta discusses all the terminology and how we calculate theoretical and realistic battery life. For more info on microSD cards and current consumption, you can find it here.

Anyways, hope that explains a bit about SD cards and reliability (and power consumption). Feel free to comment or add questions below. 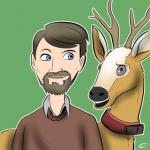 In reply to JAL

RE: Remote reading of SD cards?

Just a general question if you (or anyone else), has had experience with WiFi Enabled SD Memory Cards? As I understand it these can be read remotely (via Bluetooth/ Wifi), not sure if they can be written over remotely as well?

I appreciate, you’d need Bluetooth breakout board/ more power, etc – I’m just thinking for those applications where this wouldn’t be an issue.  A step back from a radio-linked sensor network.   I’m thinking if the data-logger was high up in tree & you were standing within range on the ground (didn’t want to climb up the tree/ disturb it) and wanted to read the full card (capture the data) & then wipe the card clean, so it can record more data.  In the same way you can transfer photos from some DSLR cameras to your phone.  Just wondered if something like this would be possible?

Okay this is eerily like a conversation @Rob Appleby    @Alasdair  and I have been having over the past few weeks. Rob, you should talk with Rob.

In reply to Rob

Oh interesting. I didn't even know they had WiFi SD cards. I did a quick google search and it looks like most of them are targeted at cameras. Most of the WiFi SD Cards seem to use a chip by Eye-Fi and it looks like they just support transferring JPGs and media files. I'm not sure if they switch to a Bluetooth mode for peer-to-peer communications but the Wi-Fi mode requires an access point as an intermediary.

For things like wildlife/conservation tech, the use case would be a bit different which adds a bit of complexity. Most deployed devices like dataloggers or camera traps would be considered low-power devices and would spend most of their time sleeping. If you wanted to pull data off a device remotely by walking near it, you'd have to wait util it wakes up, pings the radio you'd be carrying, and then receives the command to transmit all its data. It's not a huge problem if you have a sleep/wake cycle on the order of minutes, but gets painful if its like every hour or once a day.

There have been discussions on methods to enable features like this, like having a separate wake event more frequently (like every 10 minutes) to listen for any incoming potential commands via wireless. There are also ways to (kind of) remotely wake a device, like having a reed switch (magnetic switch) and so you can wake a device by waving a magnet near it. This might be difficult depending on how high it is in a tree since super long poles with a magnet on the end are unwieldy.

I guess to answer your question, I don't seem to see Eye-Fi supporting Bluetooth but perhaps I didn't search enough. If they do support something like Bluetooth Low Energy (BLE), you would need more than a breakout board to connect to it. Eye-Fi would be considered a BLE peripheral and would need to connect to a "Central". A Central would be an Android or iOS phone or a PC running software that turns it into a BLE Central (I co-authored a book on Bluetooth Low Energy). So I guess my opinion is that the best shot at pulling data from a WiFi SD card is creating a hotspot and then using a service like IFTTT to re-direct that data to your server or your computer.

There might be differing opinions so I'd love to hear anyone else's opinions or experiences.

Hello fellow person with a great name, and Akiba (which is also a fantastic name),

@Alasdair has much more information than I do re: wireless SD cards but if my failing memory serves, a major problem with them is they need to be fully powered in order to be able to transfer data (and Akiba's point about what kinds of data is a whole other problem), whereas most SD card holders will be powered down after writing. I think there are some potential hacks that can keep cards active, but then power might become an issue. We are currently exploring some ideas for circumventing the very same problem (how to get data from devices like camera traps that are high off the ground). One ready-made solution for camera traps at least could be this: https://www.spypoint.com/en/products/universal-cellular-adapter/product-... it's not ideal for us (we don't want to pay any cell fees). Bluetooth-enabled camera traps are actually fairly rare birds, although I've heard about a new release...but I digress (as always).

And the one-and-only Shah Selbe may have more info on an upcoming SD card solution.

Alternatively, years ago we had some success making a proof-of-concept hack for our own loggers using serial-capable radios spliced into our UART. We used 3DR radios, but something like these could be a replacement: https://www.sparkfun.com/products/17255...again, powering and scheduling could be an issue, as this was just to send data as it was being written.

Akiba, we really need to talk about Bluetooth comms and making a hotspot just as you've suggested! We should set up a chat when you are able.

Sorry this was of almost no help, and may have actually only made things worse...

I haven't been active in the Bluetooth Low Energy space in a while though. I've been focusing on other longer range wireless like 802.15.4 and LoRa. I have a couple of ideas for non-contact data retrieval though. We've run into this issue on other projects where it was more cost effective to just have a runner in a village go through the village, collect data measurements, and upload them as a batch as opposed to maintaining a fully automated wireless network in a very remote area.

Anyways, would love to chat more and toss ideas around.

Just saw this in the digest listing -- I'd hit the same problem with the WiFi SD cards being power hungry so we're developing something ourselves with Bluetooth, WIFI and LoRa. Currently pursuing funding to be able to develop it faster, but the intention is to opensource -- so would love to colaborate if anyone has interest/input/use cases? My PhD is in low power wireless sensor networks so nice to have a project it can actually be useful for. Providing we can get funding we'll have some 'free to you' prototypes for field testing.

Sounds very interesting and love to hear more. So would your system work as a replacement SD card, or work with an existing card/card holder. I think there's a lot of potential for any conservation technology that uses SD cards, including camera traps. And can I ask what sort of ballpark levels of funding are we talking?

It would slot in to replace the usual SD storage card, with power, controls and antenna etc. hanging off thin wires -- the idea being to fit as many existing products as possible. Looking to raise about £10k for the proof of concept and then same again for certification and initial run.