This is Akiba from FreakLabs and I'm half of the presenters for the upcoming Tech Tutors talk: Creating Custom Hardware with Arduino. The original title was "Getting Started with Arduino" and the talk was aimed as an introduction to an upcoming video series we're putting together with WildLabs for a hands-on course on programming with Arduino.

As Jacinta and I continued to flesh out the series, we came to the realization that people in the wildlife community had very specific needs. People that were interested in learning how to use the Arduino framework were likely not specifically interested in programming, but in learning how to put together devices for a very specific function. Also wildlife people don't just put these devices in a room with a stable environment. These devices would likely go in a rainforest or a desert, in remote areas not easily accessible,  need to survive for months on a single set of batteries, and are in danger of animals eating them. In other words, they're not your typical Arduino application.

With that in mind, we decided to expand the scope of the series to not only include Arduino programming, but also weatherproofing enclosures, crimping cable harnesses, putting together field kits, and what tools you might want. On the software side, along with the basics, we'll also be covering things like improving reliability, power management and battery optimization, and debugging. It's kind of like the course we wish we had rather than learning by years of mistakes.

Also we've designed hardware and put together a project kit specifically for this series so that there can be context and actual implementation and deployment (even if it's in your backyard). For this season's series, it will be datalogging. We'll also be discussing this more during the talk.

If any of this interests you, please feel free to join us for the Tech Tutors talk and the follow-on series. You can find more info here.

Feel free to leave any questions, make any specific requests on topics you'd like covered, or drop us a comment below. Hope to see you there :) 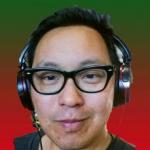 And on the subject of animals eating devices, we had a hyena eat one of ours in a recent project in the Serengeti.

Thanks for expanding your talk into the design of enclosures and battery systems - can't wait to learn from your experiences!

Thanks and looking forward to the talk. Just to clarify, we won't go into designing enclosures, but more selecting enclosures and modifying them while still maintaining protective seals and being as watertight as possible. Designing enclosures from scratch is a completely different topic and also requires a lot of money and expertise.

Hope that helps and look forward to seeing you on the call :)

I would be very grateful for any advice regarding using Arduino to programme AudioMoths. I'm potentially interested in exploring Arduino as I understand the Arduino Nano 33 BLE can be used to download self-taught models created on Edge Impulse?

Do you have any experience with Arduino used with Edge Impulse models? Due to 24hr activity of my subjects (human hunters), I need the AudioMoths 'listening' 24hrs, but ideally to save battery they will only be programmed to 'record' when identifying the correct sounds using trained data. Deployment will be 5 months in dense Amazon rainforest so getting the AudioMoths programmed for long durations would be incredible!

I'd appreciate any thoughts on this, thank you again!

I totally missed this post, but we'll be doing office hours once we kick off the Arduino series. In regards to your questions, at this moment, I don't see any environment to program the Audiomoth using the Arduino IDE and platform. You'd have to use a standard toolchain to program them which may be a bit daunting. I also haven't spent much time with Edge Impulse so I can't really comment on it.

It sounds like you're looking for a smart way to trigger your "audio trap" to record during a specific event. There may actually be a few potential solutions, especially if you are looking for human hunters. This could consist of motion detection, sound level detection, sound frequency detection (ie: chainsaws), photointerruption (think a chime when entering a shop), or many other ways. Perhaps we can discuss during one of the office hours. Or if you want to start a separate thread, it may be a good opportunity to brainstorm potential solutions. 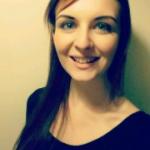 No worries, thanks for responding!

I'd love to delve into more detail on this once the new series has started and I have an idea of the tools and kit required! I think what you're proposing sounds like a real space and energy saver on the machines so very excited about this!

I'll look out for the series launch and definitely be in touch! :)

Thank you so much!