If you’re at all familiar with WildTrack’s Footprint Identification Technology (FIT), you will know at least some of the many incredible animal species that it is capable of analyzing and identifying--black rhino, Bengal tiger, Eurasian otter, and more--all through simple photos of their footprints. However, this isn’t all that FIT is capable of analyzing; the same process can be applied to other traits unique to individual animals, such as a shell pattern. This is precisely what is being done at Piedmont Wildlife Center in Durham, NC with the eastern box turtle (Terrapene carolina carolina), which is the state reptile of North Carolina--and also a species in steep decline. In partnership with Wildtrack/FIT, photos of resident and wild box turtles are being analyzed and recognized as individuals with very high accuracy, an extremely promising potential for applying FIT to field work on the species.

There are some obvious advantages to tracking a turtle versus, say, a leopard; they don’t move very far, or very fast, so it’s likely they haven’t wandered vast distances from where they’ve last been spotted. They also can’t hurt you (at least, not nearly as much as a big cat could!) when handled properly. While the greatest benefit of photographing footprints is not having to disturb the animal in any way, box turtles can be safely handled with no lasting effects on their well-being, so long as they are returned to the exact location they were found.

Piedmont Wildlife Center is part of a state-wide box turtle study called the Box Turtle Connection (BTC), a multi-institution effort to gather data on box turtle populations and distribution throughout the state. We see great potential in including FIT photography with the BTC’s data collection measures: it doesn’t require any expensive tools (aside from a smartphone, which many individuals already have), it minimizes disturbance to individual turtles, and it is extremely accurate in its predictions.

Being able to use FIT to identify individual turtles through their shell patterns demonstrates how versatile and adaptable this software is; though outstanding progress has already been made, we may just be scratching the surface of the capabilities and insights we can gather!

FIT is also being used in citizen science through PWC through a program called Triangle Turtle Trekkers, where users take photos of box turtles they find and send them to PWC for analysis. PWC’s partnership with WildTrack is allowing them to work towards a goal of creating a turtle ID app available to citizen scientists to make the data collection process interactive (and fun!).

Stay tuned for more updates on FIT’s many applications and innovations in wildlife conservation!

Figure 2a (below) A box turtle found in Leigh Farm Park in Durham, NC. In JMP analysis, rotation points are identified on the middle two scutes, as indicated in the photo.

Figure 2b (below)  A “shellfie” of PWC resident turtle Bob with WildTrack’s ConservationFIT ruler. Note the differences in shell pattern between Bob and the wild turtle; this enables JMP to identify individual turtles with high accuracy.

This is amazing!!! I never considered that it could be used for patterns other than footprints. Are there any other species that people are attempting to identify with FIT?

I also wonder if anyone from our community could consider how this method might be developed for fighting poaching and the illegal pet trade for reptiles and amphibians. Maybe an interesting future application for FIT? 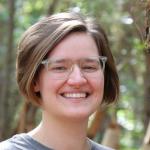 Hi Ellie! I don't want to speak for other FIT users, but as far as other turtle species, I do know that @asafbd  was working on using FIT for identifying desert tortoises in Israel--I would love to know how that is going! I don't recall if they were using shell photos or footprints (or both?)...the desert sand is probably easier to find/photograph footprints in than the mesic forest floors where box turtles are found.

I am so glad you mentioned poachers and the illegal pet trade, considering that is a significant threat to the eastern box turtle and many other herp species.  FIT could very well be an extremely powerful anti-poaching tool. This just highlights how exciting the possibilities are with this software! :)

Thank you for sharing your important contributions Ellie and Grace. My feeling is that the more different (and preferably non-invasive/non-intrusive) techniques we can use for monitoring species, the better our understanding of their situation will be. Each non-invasive technique has its own strengths, and together the toolbox becomes very powerful.  That's why inter-community exchanges on WildLabs are so important, and one of the reasons we set up our FIT group.

Oh how neat, thanks for sharing! I didn't even consider that you could collect tortoise footprints. I'd love to hear more from @asafbd  about how that's going as well - that would make a really interesting case study!

I'm going to share a link to this post over in our Wildlife Crime forum as well so they can look into using FIT as a resource. Something I've learned recently is that some citizen science biodiversity apps can put reptiles in particular in danger of poaching if their location is tagged, and it seems like FIT could potentially serve as the opposite of that; as in, you record an individual animal into a secure database, and if it's found in the possession of poachers or the pet trade later on, law enforcement could pinpoint exactly where that individual came from, and researchers could access data on what populations are being impacted most. Though I'm sure someone from our Wildlife Crime community can speak to how that kind of database could navigate security threats, as well. Really interesting idea, and it seems like the algorithm could be applied to many reptile/amphibian species in theory!

The issue of how community-gathered data can be made safe yet accessible is rapidly emerging as a huge challenge in conservation biology. We'd love to hear input from the Wildlife Crime Forum on this.

Our tortious tracks look like this. we still haven't started to work on this project.

tracking is the best way to monitor the population of Kleinmann's tortoise in its andy habitat.

Hopefully, we will be able to begin next year a project with drones.

How neat, thanks for sharing! We'd love to hear more about your drone project once it's underway, please keep us updated on that one!