Feel free to post links to projects you're aware of using Deep Learning to assist in conservation.

Here's a few to get started.

Classification of 121 Plankton species from underwater imagery. The winning entry, and many of the top entries, used deep-learning based approaches.
https://www.kaggle.com/c/datasciencebowl

Identification of Right Whale individuals from aerial imagery. Many of the leading entries are using deep learning
https://www.kaggle.com/c/noaa-right-whale-recognition

Professor Kate Jones and her Biodiversity Modelling Research Group at UCL are exploring deep learning in conservation - particularly in their work monitoring bats. It sounds like they share your interest in deep learning and acoustics, David!

They give a great rundown of their work in this blog post published on the official blog of the Methods in Ecology and Evolution Journal. The post is worth a read in its entirety because it also looks to the future and discusses the big advances they're hoping to see in not only machine learning, but citizen science, calculating species abudances from acoustic data, and new biotelemetry and animal-borne data-logging techniques.

Two of the projects mentioned in the article that focus on machine learning are:

If you have ever tried to spot bats flying around at night you will know that it can be very difficult. However, bats leak information about themselves into the environment in the form of the sounds they make while navigating and feeding. These calls are often too high for us to hear, but we can use devices known as bat detectors to transform them into a form that we can record and listen to. Monitoring bat populations over wide areas or long periods can result in huge amounts of data which is difficult to analyse though. To address this problem, our group, along with Zooniverse, have setup a citizen science project called Bat Detective which asks members of the public help us find bat calls in audio recordings that have been collected from all over Europe (the infographic at the end of the post gives a bit more information on this). We have had an amazing response to date and our detectives have already located several thousand bat calls. However, to scale up monitoring, we need more automated methods of detecting calls. Using the analysis provided by our Bat Detectives, we are currently working on building algorithms that can automatically tell us if a recording contains a bat call.

To do this, we rely on an area of computer science called machine learning. One recent and exciting development in machine learning is the emergence of algorithms that learn directly from raw data. Previous to this, we had to first choose the important features of the data to present to the recognition algorithm. With these new methods, we think detection of bat calls in large amounts of data will become much easier in the next few years.

In recent years, bioacoustic surveys have become a popular tool to monitor animal populations across the world, especially for bats. To use this method to monitor bat populations, we don’t just need to detect the calls in the recordings we make, we also need to reliably identify calls from different species or species groups. Identifying species from their calls is a challenging business in any situation. For bats it is further hampered by the lack of reference recordings for many regions and the lack of automatic classification algorithms. Tropical regions are of special concern as these megadiverse areas are experiencing more rapid environmental change and still have considerable knowledge gaps on basic species occurrences. With the collaboration of other bat researchers, we have collated the biggest and most complete bat call reference library for Mexico for my PhD (including the Mexican funnel-eared bat, pictured above). The availability of new material and new machine learning methods has allowed us to build accurate bioacoustic automatic identification algorithms for rapid biodiversity assessments of the bats in this megadiverse region for the first time. The next few years will be an exciting time for the development of biodiversity automatic recognition tools; we expect these methods (e.g. Microsoft’s Azure ML) to become more widely available to ecologists and easier to apply. 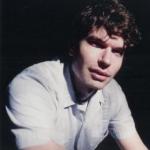 UCL is also has a deep learning project called engage - also involving some of the team from the Biodiversity Modelling Research Group at UCL. Their aim is to enable non-programming scientists to create systems that semi-automatically detect objects and events in their vast quantities of audio and visual data. Their projects include Bat Detective (mentioned in the previous post), and Underwater Classification - a collaboration with ZSL to classify the substrate types and organisms present in underwater imagery captured off Greenland.

The team from Engage has also published an article, 'Putting the Scientist in the Loop - Accelerating Scientific Progress with Interactive Machine Learning', which identifies some of the opportunities and challenges in deploying machine learning in ecology research.

The PAWS (Protection Assistant for Wildlife Security) project is a newly developed AI that takes data about previous poaching activities and outputs routes for patrols based on where poaching is likely to occur. These routes are also randomized to keep poachers from learning patrol patterns. Using machine learning PAWS can continually find new insights as more data is added.

Milind Tambe, a professor of computer science at the University of Southern California, leads the project. The core algorithm of PAWS is based on security games, a subset of game theory where a defender tries to optimize limited resources to prevent attacks. Using security game theory, Tambe has built algorithms used by Homeland Security, the Transportation Security Administration, and the Coast Guard that predicts where resources like agents and surveillance would best be placed to interfere with smuggling and terrorism.

Fei Fang, one of the Ph.D. students working on PAWS, had previously written a paper about how security games could be used to prevent wildlife crimes. Fang coined the phrase "green security games” to describe the field. But PAWS is the first time green security game theory has been used in the real world.

It's been tested in Uganda and Malaysia, which has helped the team refine the algorithms.

We're looking to get a full case study for the WILDLABS.NET resources area, but in the meantime check out this article for more information about the project, and this paper for info about the field optimisation process.

How can conservationists monitor forest loss across wide swaths of Latin America? Many governments are turning to Terra-i, an artificial intelligence program that uses real-time rainfall data to predict how green a given habitat should be — and then matches that prediction up against images of the habitat from an Earth-monitoring satellite. Differences in greenness between what is predicted and what is observed — right down to the pixel — suggest habitat conversion by human activity.

Terra-i “learns” as it analyzes, using a neural network to “learn” which actual levels of greenness go with which amounts of precipitation during the year. The result allows conservationists a view of forests and other habitats across an entire continent.

From their about page:

Terra-i detects land-cover changes resulting from human activities in near real-time, producing updates every 16 days. It currently runs for the whole of Latin America and is being expanded over the next year to cover the entire tropics. Terra-i is a collaboration between the International Center for Tropical Agriculture (CIAT - DAPA, based in Colombia), The program on Forestry, Trees and Agroforestry (FTA) ,The Nature Conservancy (TNC, global environmental organization), the School of Business and Engineering (HEIG-VD, based in Switzerland) and King’s College London (KCL, based in the UK). The system is based on the premise that natural vegetation follows a predictable pattern of changes in greenness from one date to the next brought about by site-specific land and climatic conditions over the same period. A so-called computational neural network is ‘trained’ to understand the normal pattern of changes in vegetation greenness in relation to terrain and rainfall for a site and then marks areas as changed where the greenness suddenly changes well beyond these normal limits. Running on many computers this analysis is refreshed with new imagery every 16 days and for every 250m square of land.

With fewer than 500 North Atlantic right whales left in the world's oceans, knowing the health and status of each whale is integral to the efforts of researchers working to protect the species from extinction.

Currently, only a handful of very experienced researchers can identify individual whales on sight while out on the water. For the majority of researchers, identifying individual whales takes time, making it difficult to effectively target whales for biological samples, acoustic recordings, and necessary health assessments.

To track and monitor the population, right whales are photographed during aerial surveys and then manually matched to an online photo-identification catalog. Customized software has been developed to aid in this process (DIGITS), but this still relies on a manual inspection of the potential comparisons, and there is a lag time for those images to be incorporated into the database. The current identification process is extremely time consuming and requires special training. This constrains marine biologists, who work under tight deadlines with limited budgets.

This competition challenges you to automate the right whale recognition process using a dataset of aerial photographs of individual whales. Automating the identification of right whales would allow researchers to better focus on their conservation efforts. Recognizing a whale in real-time would also give researchers on the water access to potentially life-saving historical health and entanglement records as they struggle to free a whale that has been accidentally caught up in fishing gear.

From what I can gather, the winning solution was submitted by deepsense.io. They've written a full blog post about it here:

Wildbook / IBEIS. Open-source effort to combine web-based mark-recapture database with ML/CV photo detection and identification.  http://wildbook.org
[ Full disclosure: I am a member of the non-profit team working on this project! ]

[Disclosure: I am a member of hypraptive, and maintain the hypraptive blog]