X-Prize have announced a $10m prize "to survey the most biodiversity in at least three stories of a rainforest (emergent, canopy, understory, and forest floor) in 8 hours and use that data to produce the greatest number of new insights after 48 hours that will reveal the true potential of the standing forest."

Thanks for getting this started here. There's definitely some interest based on some conversations we were having on Twitter last week. We're planning on having a community call early next year to discuss potentially getting together a team to put in a collaborative application from the WILDLABS community. It'll be along the lines of one of our meetups with anyone welcome to attend if interested in getting involved .

To capture that background conversation for the record:

Ahhh, exsqueeze me? Whoa!!! Do you think we could all make a collective WILDLABS community application? I am having ideas (one is that I sit in the forest for 48hrs counting stuff, whilst slowly being raised by a large helium balloon. I know right? And that's just my first idea!)

But seriously. Yes. Maybe we should have a community call to see if there is some interest.. pic.twitter.com/EH9w2QbXlB

You mean, 500 people all in the balloon basket with 500 notepads and pens? It can't lose

I think this is a great idea. Paul Bunje, my cofounder and former chief scientist points out, it usually takes the amount of the prize purse to win a competition, so working collaboratively gives out more resources!

Absolutely Steph! Surely I can ride the coattails of all the smartie pants's in the WILDLABS community?! Let's definitely set up a chat!

Alrighty. Let’s find a time that works for us all (and others), then can open the invite up to the community. We just need a team organised for June 2020, so maybe we aim for a call in January? Uh.. Suggest that folks reply or like my tweet if you want to be included from the go

We could maybe have a Virtual Meetup style chat?

@TomMQuigley ha, I had assumed you were going to want to be included. I'll loop in anyone who is already a part of the thread.

I have been silent in the background so far in the calls, but maybe I can be useful here: I am good at putting such documents together - funding applications. If you need a couple of extra hands :)

Speaking to you has literally been on my to do list for months! I was thinking about you this morning. Yes, it would be great to have you involved

I have not been active. mainly due to not finding the right moment/task to jump in. But here it is a chance - please, CC: me to the emails.

So, call early next year? I'll keep this thread updated as we progress with that - but if anyone is interested I suggest you drop a comment in below so I can make sure you're in on the planning emails. I'm assuming you're interested Ben?

Yes, definitely count me in as interested. We're probably more on the analysis side than the sitting in a hot-air-ballon side but its such a great opportunity that can't be missed!

Yes, please count me in also! Speaking of counting, I am picturing all sorts of cool tech like automated light 'traps' (without the actual need for trapping) and pitfall 'traps' with machine vision to classify and count insects (e.g. https://hal.archives-ouvertes.fr/hal-01441203/document) and automated drone transects, oh oh and trying to monitor every living thing/major process in a set of quadrats. I imagine significant steps have already occurred in some or all of these sorts of idea already? Perhaps there are some rainforest monitoring and community ecology experts that can guide us on just how ambitious we can be/how idiotic I am?

And Ben, please don't rule out sitting in an air balloon doing analysis, even if it's in your office. There's simply no reason only the field team should get to be in balloons (selfish!).

I was just checking the scope and deadline, and it seems we have some time. Should we perhaps have a call and try to define what to do next and how to start? Maybe enlisting what exists in terms of technology and what they do, and maybe find a "gap" to fill out? Just a random thought to start with something.

1. The tree yabbie (tree climbing robot/drone) - https://www.dinacon.org/2018/09/11/tree-yabbie-michael-candy/ Would Michael and the dinacon.org team be interesting in collaborating and if so using the yabbie? Could it be improved? I can't remember if it has a passive way of gripping onto a tree or not, or does the propeller need to be engaged the entire time?

2. Obviously lots of room for automation and machine learning. There are so many people at WILDLABS that have expertise and experience here. Just need to assemble names.

3. Perhaps we need a kind of concept 'sketch' to cover what we are aiming for. For example, we know the requirements of the contest, so we need lots of data and analysis of at least three levels of the forest. What do we want to sample? I am assuming as much as possible, so as many animals as possible, from arthropods to birds to large mammals. Perhaps some botanists can chime in here with some relevant measurements for plants, but probably including florisitcs? Environmental data as well, so things like temperature, humidity, gas levels, soil moisture etc. Could also try for things like canopy cover/light gaps. Could also do sampling in water-filled tree holes and dry tree holes.

Dropping a comment here because anyone in this thread might be interested in the call @Alasdair has put out to see if there's anything we can do as a conservation tech community to help with the bushfires. He's flagged similarlities between what we're talking about here for the x-prize, so might be worth you guys joining in that brainstorm. We're having a call on Monday night  (uk time) / Tuesday morning (Aus). More info here: 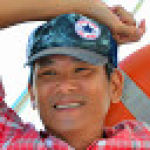 Right, shall we pick this up and get that call organised? Is everyone still interested in exploring this as a collaborative project? 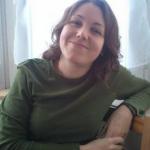 I am definitely interested still Steph. So, just looking again at the competition guidelines (https://bit.ly/2vco3Fy), we have until 30 June 2020 to register, with the qualifying round beginning on July 1. It seems distant enough, but I imagine we are going to need every minute of that time to get ourselves organised. I think a call is a great idea.

Count me in!  And I'll try harder to be awake this time.