Does anyone have something to share about wireless camera traps that make use of a mesh-network type of architecture. One such solution, BuckeyeCam allows cameras to route images through each other or a dedicated repeater. Does anyone have experience with these?

I've been working with wireless camera traps & backhaul (IRIDIUM / WiFi) for a number of years (ZSL Senior Tech Specialist) so should be able to assist. What do you have in mind?

I'm currently a Shuttleworth Foundation Fellow and exploring access to open, affordable conservation technologies, of which ultra affordable camera trapping is on the agenda so we may have some scope to prototype a few concepts if you're looking to setup a network.

I've not heard fantastic things about the Buckeye system - it seems limited by transmission range, especially in the forested+undulating terrain it sounds like you'll be deploying in. Perhaps < 100 m range (though you can buy directional yagi antennas to help with this).

I think @Redfoxmeek  has done some trials with the Buckeyes in Australia and will be able to advise.

We got a Buckeye x80 to test. Its fast, but the image quality is low and we has some issues with schedules when trying to do a timelapse. Range in rainforest is about 100m - not enough! I'm yet to find a system that will work for us with decent performance even with solar panel and an antena above the canopy. Hope something new comes along soon! 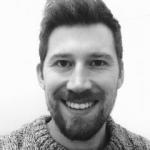 Interesting. I have done work around mesh sensor networks, but not in terms of cameras. I will have to look into it.

We are working on that, developing our own cameras. Take a look to:

In reply to Alasdair

Our organization is interested in deploying some networked camera traps and we have our eye on the Buckeye x80s, but I am curious whether you know of any competitors or open-source alternatives that would be worth exploring. Has the hardware landscape changed at all since this thread began? We have access to WIFI at certain areas in the deployment location so any system with the ability to daisy-chain the cameras and with a WIFI backhaul would be worth looking at.

I've never used them but they might be worth a look.

Hey Sam thanks so much for the tip! I did in fact come across Cuddelink (seems to be the only other non-wifi & non-cellular wireless meshing camera traps on the market as far as I can tell).

I haven't used Cuddelink myself but I'd be interested to hear from anyone else using it too.

There is no off-the-shelf open solution I know about at the moment that's ready to go, but there is R&D work to achieve what you are trying to do over long range WiFi that needs moving forward to the next stage.

I just discovered this thread this morning, and even though it was started a long time ago it looks like it regains life every now and then. I'm replying because the original post asked if anyone had any experience with the BuckeyeCam system, and I do. I've been using the older BuckeyeCam system with their Orion cameras on my property for almost 15 years now. Their new X Series system uses different cameras and has some technical improvements, but works essentially the same way. My cameras are still working fine, even though they have been outside year-round since I got them, through rain, snow, heat, humidity, and sub-zero temperatures. Their image quality is not as good as some other trail cameras, especially in low light and at night, but I've seen worse. Here is a good link to one of their live cam sites that will allow you to see day and night pictures from several of their new cameras: https://livecam.buckeyecam.com/desktop/index.html.

The timber on my property is not as dense as tropical rain forests, but is still thick with big oak and walnut trees. With the directional Yagi antennas, I can easily transmit pictures over a half-mile or more between cameras. The limiting factor on my property for the range is the terrain which limits line-of-sight distances between cameras. I have added solar panels to each camera to keep the battery life maximized, but that pretty much dictates southern exposure for optimum sunshine, which can be a limiting factor in some locations. The biggest problem that I have had with the system is that out in the woods here in North America the squirrels love to attack and chew on cables and wires. Over the years they have destroyed several antenna and solar panel connections to the cameras, so I have had to run all my cables through flexible metal conduit now to keep them squirrel-proof and working.

With the base antenna and modem set up at my house, I hardly ever need to go to a camera more than a couple of times a year, and then only if a battery needs changing. To me, that is the biggest advantage of the BuckeyeCam system, and I don't have to deal with cellular signal connection problems.

My neighbor runs the Cuddelink system on his property. Although not as convenient as the BuckeyeCam base/modem system for checking pictures directly on my laptop without having to mess with memory cards, it is also a good system, IF you use solar panels on each camera. The poor battery life on the Cuddeback cameras seems to be the one common complaint on that system without solar panel use. With that system, you just need to go to your home camera occasionally to swap out memory cards and take the full card back to your computer to look at the pictures. The picture quality on the Cuddelink system does appear to be better than with the BuckeyeCam cameras. For more information on the Cuddelink system, you only need to do a search on https://www.youtube.com/ to find dozens of videos of reviews on it.