The aim is to detect deficiencies in camera performance that might make them unfit for purpose, and to rigorously compare camera makes and models.

I have been using a large, trained domestic dog as a surrogate for African wild dogs, leopards, cheetahs and other wild targets of similar size.  He walks a set pattern of tracks in front of the camera(s), by doing recalls across the field of view (FOV) (see the arena layout diagram in the attachments; each arrow is walked in both directions). I am comparing 4 cameras; an old Bushnell Trophycam, a new Reconyx Ultrafire XR6, a new Browning Strikeforce and a new Spypoint Force 11D

- the cross walk at 2m and the parts of the radial walks within 2m are uninformative- all the cameras capture images every time.

- duplicate tests on the same day show good repeatability both overall and for each walk, so the dog is behaving consistently enough for the tests to be reliable.

- tests on different days with exactly the same setup consistently assigned the same performance ranks to the four cameras under test for each aspect of the test. Nonetheless a small change to the angle at which the Spypoint was mounted moved it from the bottom to the top of the rankings for range and number of images. This confirms earlier findings that image capture rate on both Spypoint and Reconyx is very sensitive to small changes in camera height and angle. I plan to test this for the Browning and Bushnell, and test the stability of the new rankings. Different cameras show clearly different strengths and weaknesses; the Browning has less range than the others, but captures more images than the Reconyx and Bushnell, and is more consistent than the Spypoint. The Reconyx captures fewer images than any of the others.

- with a few exceptions the crossways walks (A, B, C, D, E) show symmetrical responses; the number of images captured is the same for walks from right to left as from left to right.

- all four cameras have very low detection rates for radial walks (arrows H and I), and a strong bias for there to be 2-3 times as many images captured when the dog walks away from the camera than when he walks towards it.

- there appear to be gaps and hotspots in the detections by all four cameras.

- once the ambient temperature rises to 30 C all the cameras become insensitive.

This test shows promise as a way of rigorously comparing cameras. The detections being biased by direction of movement, and the presence of dead zones and hot spots may violate assumptions about detectability that underpin the use of camera data for estimates of animal distribution and abundance. 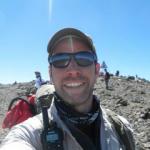 I have attached a report with more detail, and the hard numbers of the comparitive performances of the four cameras.

There may be some suprises for some people !

Thanks for sharing your findings and hats off to you and Toffee for undertaking this study, very interesting!

I look forward to your additional tests at various temperatures. Previously suspected hot weather was partly responsible for low capture success in small tests I did a while ago.

Any chance you could also test in vegetated habitat?

Wish list: Test with trained birds, birds of various colours.... too hard of course, though I would love to see the results!

Also, just a general comment: some less epxensive cameras peform very well but may be more prone to 'glitches' over the duration of an extended study. I think the expectation of long term reliability is part of the reason some people choose the expenisve brand. Systematic tests of long duration reliability in field conditions would be really interesting, albeit probably too difficult/expensive to achieve.

Camera testing is certainly not Toffee's favorite activity - he would much rather be sniffing for scent marks !

The adverse effects of high temperatures on PIR are well established and they are a major problem anywhere that air temperatures get above about 30C. There is also a problem with cameras staying hotter than their surroundings for a few hours after sunset. I have also noticed that the infrared illuminator on the Reconyx actually heats up the camera.

Birds might be trickier to train than dogs, but you only need a reliable way to lure them to particular points within the field of view.

Certainly there are more factors to consider than only detection capability (though arguably that is the most important - better a fuzzy picture than none at all probably) and reliability is one of those. Bushnell Trophycams are notorious for losing their date settings (and this morning the one I am testing had done just that) for example. All sorts of equipment gets put through accelerated durability tests, and there is no reason why camera traps should not be similarly tested.

Given the huge projects that are built around camera trapping, and the scale of the conservation management decisions that are based on camera trap data it is a real problem that their performance is not tested and validated as fit for purpose.

The sequence of images in the attached brief report shows why camera traps must be tested with real animal targets, and not with humans. The camera easily detects a human, but misses multiple images of the target dog.