The New York Times Magazine posted an interesting piece of investigative journalism today by Ian Urbina, 'Palau vs the Poachers'. In his words 'the island nation has mounted an aggressive response to illegal fishing in their waters. How they protect themselves may help the rest of the world save all of the oceans.'

It's a long but fascinating read. Ian exposes the challenges in monitoring marine protected areas and how technology can help solve some (but not all) of these challenges.

'Few places on the planet are as isolated as Palau, or as sprawling. Its 21,000 residents are scattered across a handful of its 250 islands, which take up just 177 square miles combined. Relatively poor, and with no military of its own, Palau employs a marine police division with just 18 members and one patrol ship. Yet it has authority over roughly 230,000 square miles of ocean. Under international law, a country’s ‘‘exclusive economic zone,’’ the waters where it maintains fishing and mineral rights, extends 200 nautical miles from its coasts. That means that a country roughly the size of Philadelphia is responsible for patrolling a swath of ocean about the size of France, in a region teeming with supertrawlers, state-subsidized poacher fleets, mile-long drift nets and the floating fish attracters known as FADs.

'In the face of this challenge, Palau has mounted an aggressive response. In 2006, it was among the first nations to ban bottom trawling — a practice not unlike strip mining in which fishing boats drag large weighted nets across the ocean floor to catch the fish in the waters just above, killing virtually everything else in their path. In 2009, it prohibited commercial shark fishing in its waters, creating the world’s first shark sanctuary. In 2015, it announced plans to require observers aboard all its tuna longliners. (Elsewhere in the region, observers are aboard just one in 50 tuna longliners.) Palau has also teamed up with Greenpeace, which helped patrol its territorial waters, and it started a campaign on Indiegogo, a crowdfunding platform, raising more than $50,000 to support its conservation work. Palau’s most radical move, though, was creating a ‘‘no take’’ reserve in 2015. Within this zone, which encompasses 193,000 square miles, all export fishing (along with any drilling or mining) will be strictly prohibited.

'From one perspective, Palau’s work suggests a hopeful future. It offers a model for successful ad hoc collaboration among countries, companies and nongovernmental organizations. Palau has also emerged as a testing ground for some of the technology — including drones, satellite monitoring and military-grade radar — that might finally empower countries to spot and arrest the pirates, poachers, polluters, traffickers and other scofflaws who prowl the seas with impunity.'

Ian then goes on to point out a lot of these technologies, while certainly making it harder for poachers to hide, are not the silver bullet solution; boots on the ground (or on the deck, in this case), are what is required to make marine protected areas anything more than arbitrary lines on a map.

I'm interested to hear your thoughts - are there opportunities for technology to help with policing massive marine protected areas? Could patroling and monitoring tools like SMART or deploying acoustic and water based sensors contribute in meaningful to this challenge? 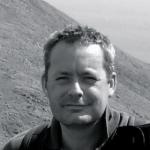 This is such a huge issue for marine conservation and the delivery of effective marine management. To build on your point Steph, we should also be looking at these technologies not just to protect specific areas but to manage the whole of the ocean in a more effective way.

Ships and patrols can be effective but require a high level of financial input and human resources. On the flip side, remote observations can be lower cost but still require a support system to respond to information gathered.

When dealing with large MPAs, one option could be remote dectection i.e. via satelitte montioring or acoustic detection (would be great to get some ideas from people has to how the latter could be done). Once these triggers are set-off, the next step is the response. This is going to depend a bit on your site. It could be that all you need evidence of encoraching boats or illegal activity, therefore gathering this information could also be done semi-remotely. For example, drones have had a lot of press as a conservation solution but perhaps need to have more focused tailoring before rolled out everywhere. In the case of MPAs, a drone could be used to go to gather photographic evidence or video of an illegal fishing boat inside an MPA. This evidence could then be used to prosecute the offending boat.

The challenges/questions to the group:

- Off-the-shelf drones still have very limited range and flight time- how can this be improved?

- Beyond just tracking boats, how can we check that vessels aren't entering areas that they shouldn't?

- How can you monitor or detect vessels which do not carry monitoring systems, vessel IDs etc?

- How effective would this be in areas where governance structures are weaker? i.e. in countries where the relevant systems to prosecute offenders are not strong?

Addressing the first question. Back-up batteries might be good. I know that most people who use drones, myself included, have at least two extra batteries on hand. Regarding range, one of the biggest things is connecting to wifi/the control to the drone. If there were floating wifi stations in fixed positions like a grid that might be extremely useful. On top of that, some UAVs are increasing their speed. The new DJI Phantom 4 has a flight time of 28 minutes  and a top speed of 45 miles per hour. If range could be increased in that method it would be very beneficial.

I think this is an interesting idea.  We are working on something that will hopefully eventually be able to be deployed in the Cook Islands and elsewhere: a network of cheap, modular platforms that can acoustically trigulate fishing vessels engaging in unsanctioned trawling.

Sounds fascinating - are you able to elaborate a bit more about the system you're developing? I'm curious to hear more about what the system would look like.

ATLAN Space recently announced a pilot launch that will use autonomous drones and computer vision to report illegal fishing in the Seychelles islands. This article gives a brief overview - more updates to come, hopfeully, after their official launch in October. There's an animation on the homepage of the ATLAN Space website that gives a bit more detail as well.