I have recently prototyped a programming environment that allows me to customize the firmware of a commercial trail camera (Browning BTC7A) by adding new functions/features written in C.

For example, in this proof of concept, I developed code that:

With some more work, I could see developing this prototype into a fairly general "App" development environment for the BTC-7A -- allowing customization of Trail Camera features without requiring the (much harder) development from scratch of the whole trail camera hardare/firmware/RTOS stack.

Before I do this work, though, I thought I'd gauge this group for interest, and possible collaborators/co-developers.

Very interesting work. Yes, there is interest. There is another project I am supporting that uses Browning cameras with the intention of embedded machine learning (external device pulling data from the main camera), but that is more focused on SD multiplexing vs actual code level changes.

The ultimate goal would be code level support with hardware modification as a repo of possible mods.

Could you drop me a DM. May have a little funding down the line to support your efforts too.

I am also interested. What is the chip/processor in the BTC7A?

Great stuff Bob. Tom Southworth comes to mind re: app development. @StephODonnell  I couldn't see Tom's user name come up. Could you possibly alert him to this?

All of my work to date has been on the MIPS side of the firmware.  There's other stuff going on to setup the various accelerators in the SOC, but those seem to be through another layer of binaries that I have not tried to crack.

Excellent plan. Adding the ability to program when cameras are active, and to adjust detector sensitivity to the models that lack those features (Pro XDs) would be useful in some of my applications.

The only drawback I can see is that apping the firmware would immediatley void any warranty I suspect. 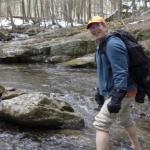 @Rob Appleby  @StephODonnell  Thanks for the tag!  Interesting stuff, modding hardware and turning it into some form of app.

Bob, when you say "programming environment" do you mean that you're creating your own software in order to configure the camera's hardware?  And that, in the future, you'd want to make this available to others in the form of some easy to use app?  Or are you saying that by using your programming enivornment other people could create their own apps?

I was thinking of an open source toolset for developing new features and adding them to an existing  trail camera.  It would be like a firmware update for the camera that didn't come from the manufacturer.  As well, the features themselves could also be open sourced, allowing people to simply download the finished firmware file and to use new features without having to develop them themselves.   Something very similar in the "Magic Lantern" environment and application suite, which adds all sorts of bells and whistles to Canon DSLRs.

In reply to Peter Apps

Thanks, Peter.  Some thoughts:

In executing this plan, a team would have to figure out which cameras to prioritize/support.  So far, I've worked only with the BTC 7A and 8A (which have very similar firmware stacks).   Depending on the underlying similarity of the software, you could be looking at another 3-12 person months to figure out the right entry points for a differnt camera model.

The second step would be to prioritize a list of features.  Some features could be hardware-limited on certain camera models (e.g. it might not be possible to adjust PIR sensivity in the Pro XD ; although it definitely is possible in the BTC 7A/8A).

Re: voiding warranties -- one would keep around the factory fimware image to reapply to a flaky camera, but yes, would be an issue if camera companies made it one.  I was somewhat surprised, for example, that Canon seems to take a pretty benign view of the "Magic Lantern" program (similar idea for Canon DSLRs).  I suspect this is because Canon is in the hardware business; not the firmware business.  This is also true of (current) Trail Camera companies.

Of course, it might be even better if the Trail Camera companies themselves would support some sort of firmware customization environment.   I suspect they would look at the success (or not) of an open source effort before deciding to change their business model :)