Years ago I worked in innovation management on the international developement sector.
Institutional governance in uptaking new tech was quite slow.. However I now see that cost to embrace cutting edge tech got slower, and I sense there is a surge of tech for wildnerness. Is it so?
Which areas AI and data-driven solutions may mostly be helpful ?

I am posing this question for I am interested in:
- career opportunities in applied tech / tech management, offering also on-field activities
- research opportunities (PhD) where I can bring experience in international dev, startup and product innovation, envisioning use of tech (finalist at global innovation challenges)

Would like to include in your answer an introduction to most urgent problems to solve ?
Are these problems due to lack of funding ? to capacity building ? to lack of data ? are opportunity driven ? How do you see those evolving in the next 5 years ?

I 'd like to hear anwers also from conservationists and technologists. Thank you!

With the lowering cost of electronic hardware that can collect large amounts of data, such as Audiomoth devices for audio, and various consumer-friendly camera trap hardware for images; there is an increase in demand to parse through and extract meaning from these evergrowing datasets.

The vague term "meaning" can include things such as intrusive anthropogenic activity such as poaching and illegal deforestation. It can also mean searching for endangered species, helping sustainably managed logging/mining operations to determine best practices in their field, and monitoring population densities across different species.

People involved in the image recognition field face the challenge of going through the process of training models for a deployment region, then not having the models translate well into a different deployment region. I have seen similar problems related to drone imagery capturing baboon troop activity as well.

I personally work in the passive acoustic monitoring field where people go out and deploy low-cost audio recorders for months on end collecting terabytes of audio. One of the largest challenges is reaching a place where one can be confident in the extraction of some aforementioned "meaningful" data. For instance, finding people that can reliably label audio for specific species (such as birds) in a remote location such as the Amazon rainforest is challenging. This requires us to try and rely on resources such as xeno-canto which usually leads to models that do not translate that well into field recordings. 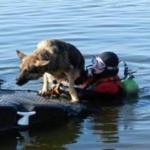 I think there is also a big gap for AI in Decision Support Systems in managing human-wildlife conflict and other conservation challenges that can be described as "wicked problems" (https://en.wikipedia.org/wiki/Wicked_problem). 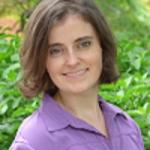 As background, I manage several wildlife nature parks on behalf of the Wildlife Bank Trust in Australia (https://wildlifebank.org.au/) and have been collecting a range of datasets relative to the parks.

- flora/botanical species in digital imagery (both from camera and drone footage) and was wondering whether you had come across such libraries as part of the MegaDetector project; and,

F
K
In reply to Frbddnforest

Have a look at https://www.hackfornature.com/

We have a bunch of challenges that requires AI.

F
In reply to Chavoux

@Chavoux   Would you mind to offer a few concrete examples to contextualise conflict of interests in using AI for supporting decisions and contractory requirements ?

@Frbddnforest , I am not sure that I mentioned conflict of interest as such (rather than simply human-wildlife conflict), but I will give it a go:

In reply to Chavoux

Hi @Chavoux  , indeed short-term and long-term are a long debate in international development and a topic that relates as well with negotiation power and property rights.

he proposed DSS makes use of a cost-benefit analysis of current anti-predation measures used by Namibian farmers (using survey data) as well as ecological data on habitat preferences and the spatial behaviour of the predators, predator prey preferences and predator ecological interactions by using a Bayesian Network approach (Probabilistic Graphical Model).

Can I ask you if in your thesis you made use of measures as economics and financial inequality ?
Can I ask you how did you compare value of habitat losses / ecological losses, with value of profit ?
Can you elaborate how did you compare measures to gauge the value of biodiversity with monetary values , and what could be time-span to put those in perspective of short term, long term (years, decades, generations)?

1) "Can I ask you if in your thesis you made use of measures as economics and financial inequality ?"

No, I did not. I only considered commercial farmers (i.e. not communal/subsistence farmers), because the differences in the two agroecological system are too big to use a single model, IMHO. Also, the DSS tool is meant to be used by the individual farmer to help him/her make an informed choice on the best way to manage livestock predation on his land. In terms of economics, what will work for one farmer with enough capital to implement it, might be impossible for another farmer. But the farmer himself is best placed to know his own financial situation. The only way where this comes into play is at the current level of predation losses: the more the farmer is currently losing, the more sense a higher-cost solution will make (i.e. he will "save" more money if he spends more on protecting his livestock... as long as the cost is much lower than the expected savings, it will benefit him to implement that method).

2) "Can I ask you how did you compare value of habitat losses / ecological losses, with value of profit ?"

I used a very simplified method:

However, the model does not directly address the question you are asking (i.e. how does the short-term value compare to the long-term (ecological) value?), but it used the same basic formula for every individual mitigation method (to get its Total Expected Utility) and compared them with each other. I.e. the methods with the best outcome in terms of probabilities of success in both profit and sustainability, would have the highest expected utility and vice versa. Of course, the model can be refined over time, as more data becomes available. But the relative utility of the different methods should remain similar.

3) Can you elaborate how did you compare measures to gauge the value of biodiversity with monetary values , and what could be time-span to put those in perspective of short term, long term (years, decades, generations)?

As you can see, I did not actually gauge the value of biodiversity in monetary terms (and I am not convinced that this is even possible, at least not with our current knowledge or lack thereof). Strictly speaking, sustainability could be measured as annual production into infinty (or at least until the intensity of radiation from the sun changes significantly)... this is the definition of "sustainable" after all, but this would mean that almost no measure expect for sustainability becomes important (since anything times infinity will always be more than any short-term value). Long term should at least be over generations -- in the typical setup on commercial farms where it is mostly family farms and the children (eldest son, normally) will inherit the farm for generations to come, this can be easily motivated. But again, I did not even attempt to put a monetary value on this. Instead, I transformed my effectiveness (potential increas in profits) and costs into utility values, combining the probabilities of certain outcomes, with the utility (value) of those outcomes. It is an attempt to quantify risk, rather than simply profit.

In reply to Miles

Miles, have you come across the the Flora Incognita app? It is a plant recognition program that currently supports 4800 species. https://floraincognita.com/

And the paper describing it:

Hi, I discovered that app yesterday from an article on Popular Mechanics about WIld Labs. The app looks very interesting but I am unable to confirm or deny, if this is a global Flora app or solely for German Flora? I have Tweeted the @floraincognita project, hopefully they will reply.