I managed to get a working protoype of a LoRa based trap alarm system.

I based it on Adafruit Feather M0 RFM96 LoRa Radio (433 MHz) tranceivers based on a little experience with other Adafruit M0 microcontrollers.

I designed the system with a "base station" and a number of "trap nodes".

The sensor on the trap nodes are simple reed or magnet switches that will trigger when a magnet is moved away and I use a combination of beeps and blinks on the base to indicate the various states of the traps.

The hardest part was to make the arduino codes to make this all happen but I got some help from my wife (used to programming).

I could not find many examples of useful code using these particular boards but I found something similar I could learn from. I really ought to properly docement me own project and share it...

My code is not very clean at all and probably much longer than it needs to be to accomplish what I want but the main thing for me is that it works...

I have had a few looks at freaklabs.org and freakduino boards. It seems chibiarduino really take some of the complexity out of the coding and will make it much easier for people not used to programming. I consider watching the bould you own data logger videos and might consider these for future projects - but I believe the 900 MHz frequency used is not allowed in Europe so unless there will be a 433MHz I might have to pass.

In reply to Lars Holst Hansen

Thanks for checking out the FreakLabs boards. Actually we are planning product lines specifically for conservation technology and the wireless products will be based on LoRa with both 433 MHz and 900 MHz support. Also you may be interested in the follow-on course to the Buid Your Own Datalogger course which will be Build Your Own Sensor Network featuring LoRa as the main wireless protocol. The name is still a work in progress, ha ha ha. This is slated for later this year, once the DataLogger course is wrapped.

In any case, looking forward to working with the conservation community to develop useful tools that specifically address community needs :)

did I miss something? The "standard" LoRaWAN frequency in Europe is 868 MHz. Most networks do not work with the also allowed 433 MHz. So please also consider 868 Akiba ;-)

In reply to capreolus

The devices we are building are using the same LoRa modules that Adafruit uses which come in 433M and 868/915M varieties. So it won't be a problem to support either frequency.

You are probably right regarding LoRaWAN networks in Europe.

I am using "plain" LoRa with no WAN and simply chose 433MHz.

It sounds great that you are expanding your range and will also include 433MHz devices in your lineup.
I will have a look at the data logger course and will be looking forward to the sensor network one!

As stated, LoraWAN is 868/900mhz, and while more complex, can certainly be more useful in terms of nett coverage providing you are willing to invest in a more power hungry gateway. I am using the simpler 433mhz in P2P (point to point) mode which is what I think you are alluding to. I use this partly because I read somewhere (on here I think) that the signal from 433mhz is slightly better through woodland. I cannot attest to it being better, but it certainly does work well with no LOS (line of sight) through the canopy - only tested at about 1km so far (plateau to valley). Even simple P2P LoRa radios have quite a few settings which let you play with channels, power and much more. Essentially with LoRa though you have to pick a single channel and stick with it. I've been using these things : https://www.electrodragon.com/product/atmega328p-arduino-plus-lora-sx127... a 433mhz radio and essentially an Arduino pro-mini, with a few hacks you can get the power use right down too. These are as cheap as chips whereas the Adafruit kit is usually really nice, good docs etc but a get bit expensive once you try and scale up. This future course sounds good.
In reply to PaulG

Yes, I am going to use P2P LoRa as we have no LoRaWAN infrastructure (yet) at the remote field site.

In my Initial testing in an urban area where I live I got a bit more than 1km range  with small 0dB external SMA whip antennas. It was hard to get proper LOS so I will need to find a better range test location. For my deployment in a mountainous tundra landscape in Greenland I will have clear LOS to the fox dens I will be trapping at several kms away.

I am thinking about making a little relay station so I can even look over the hill blocking the LOS to one of the fox dens.

I am having a little issue with false connection alarms. I believe it could caused by the tranceivers missing transmissions if they are receiving inputs at the same time. They may well happen as I designed the traps to send back their states on request by the base station. The traps will then also receive each others status messages and this traffic may cause a bit of jam. A quick and dirty solution I am considering is to have the base station need a number of consecutive status udate misses before eventually warning that the connection to the particular trap is lost.

I guess using LoRaWAN protocols has some clever dealings with issues like this that I miss when basing the P2P on the simple RH_RF95.h library.

BTW those boards you linked to are certainly cheap!

Congratulations on the successful build Lars and please do post more build details as you get a chance. My coding is awful, so it couldn't be worse than mine! 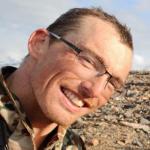 The lost connections seem not to be caused by messed up in- and outputs as they also occur when I have only one trap node turned on. Nevertheless, I managed, with the help of my wife, to use a simple counter to not warn me before a few consective failed connection attempts.

I am now a bit afraid of "feature creep" and will try to do some proper tests of power consumption and range before attempting to add new "nice to have" features.

The only hardware items I miss now are some switches for the base station (to input which traps should be requested). I am thinking about rocker switches to fit in holes drilled in the case but the ones I see are rather big. Any suggestions?

Also, I am considering to add on-off switches in the trap nodes, but as these should be waterproof and rugged, I am reluctant to drill more holes in the cases than necessary. I have thought of adding another reed (magnet) switch in the other end of the case and use that as an on-off contact. This way I can tape the magnet to this end to turn the node off and when taken off to be used as the alarm release in the other end, the node will turn on.

Here is an image of one of the trap nodes.

I have small nylon screws and stand offs to attach the radiofruit securely to a "bottom plate" but I am a little unsure about the material for this "bottom plate". Any suggestions?

Also, I really would have preferred af flanged case like this https://www.adafruit.com/product/3931 BUT without the holes and cable glands, as it would probably be easier to attach on top of the wire trap.

The traps I will be using are something like this: https://www.livetrap.com/index.php?dispatch=products.view&product_id=31163 and I will attach the magnet to the door.