What is the best global species database? We want to auto-populate verified species names within our platform's onboarding process and I am trying to find the right database to pull from.

Maybe this is the sort of thing you are after: https://www.gbif.org/developer/species 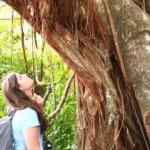 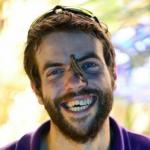 I used 2 main sources when localizing checklists for Meru, Kenya.

IUCN updates the redlist status and other classification data ("Assessments") which I used for mammals.

It also means you get numeric unique ids (which however are affected by split and mergers of species which may latin a better choice). For example in our case there are in some taxonomies a split of giraffe into 4 species, meaning our local giraffe is according to IUCN a subspecie (Giraffa camelopardalis reticulata) or a specie (Giraffa reticulata) as latest taxonomist claims.

For birds I merged via Avibase as it is available in 9 different taxonomies, including synonyms and more than 175 languages.

And they are synched and should have fairly good coverage and updated information. Assessments which can change data like the redlist status are updated irregularly.

This is what we use for Movebank:

It has good global coverage. In deciding what to use, consider what taxonomic groups your platform will specialize in, if any, because some taxonomies catch up with changes more quickly than others.

Thanks, @tom.august yes that is one of the ones we have been looking at. Have you had any experience using it?

Thanks, @Nhanq  this is very helpful.

A few questions about the IUCN Red List database:

Thank you for the information on Avibase, I will have to check that out. Have you ever used a database like https://www.gbif.org for all of your species needs?

In reply to Sarah Davidson

Thank you, @Sarah Davidson  this is very helpful. This database has been suggested to me more and more. Our goal is to auto-populate a list of global species for conservationists to be able to select to put into the organization and research profile. We aim to cross-reference when we can with the IUCN Red List to show species status and/or data deficiencies.

Did you look into using https://www.gbif.org by chance?

1 Some updates as the split is not yet made by IUCN yet but we want the spit- for marketing purposes!

Background story to the split is that we have “Northern Specials” used for marketing purposes, 5 special species to look out for in the park and historically not all of them were species. Gerenuk, Grevy’s Zebra and Oryx are species, but Somali Ostrich and Reticulated Giraffe were subspecies at that time. Now Ostrich is officially split and Somali OStrich a specie and we prefer Giraffe split in similar way which means all 5 specials are species.

Anyway, what I did for mammals was to get a local checklist with sightings updated  by tourists by using functionality from  the“Endangered Safari” https://public.tableau.com/en-us/gallery/endangered-safari

to a subset containing Meru’s mammals and migrate it to Power BI from Tableau. Here you use the IUCN classification, population status and trend (decrease/ increase in numbers) and ranges in the visualisation.

As you said it needed vetting from Natural History of Kenya and National Geographic as the ranges was not accurate enough on local level or even had “data deficit” on status and smaller mammals missing.

2 So yes, there were issues with the API so I went the opposite way, stored the unique ID in my local solution and drill to IUCN on the unique id and not the name for more information.

This means a custom manual solution for the splits but it is manageable for mammals as we only have 90 species and it rarely happens.

And another special- we added domesticated mammals not classified ny IUCN!

One issue was that we want to track how many domesticated animal sightings you get inside the park so we added them to the checklist and those are NOT red listed as they are not endangered! So for those, like Dromedary, Camelus dromedarius, you must get information from another source than IUCN when you drill. Here is the source I drill down to.

So I started with an assumption of easily scale a solution for every national park by importing all species and data from IUCN including ranges but ended very custom and needed vetting of species as current ranges did not have the quality of data and even remove some species.

And agree with Sarah, there are many databases but not sure which ones are best updated, especially when coming to numbers and ranges.

Thank you for this detailed reply! I will see if we can implement your suggestions for the IUCN Red List API. It seems like at the end of the day we will need to make a customized database similar to what you have built. Thank you for taking the time to share your strategy, @Nhanq

No, but if we were reassessing I'm sure we would consider https://www.gbif.org. For Movebank, a broad and relatively stable taxonomy is important for consistency in data stored across a long-term database, which is our primary use, and ITIS has worked out well for us. In your case having the most current information sounds like it might be a priority. It's great to see all these other ideas and resources!

One thing I missed is a digitalized image of the specie, Most African larger mammals are available here. If you create a global database I wouldn't mind if you include a digital version of the specie!

It has many use cases, see example in the doc where the IUCN classification is used for coloring making it is easy to see how endangered the specie is.

A click on the URL-column will bring you to IUCN specie with all information found there.

And yes correct, in the original solution the direction on where the nose is pointing shows a decrease or increase, which I don't have applied on local level for all species.