This week we are pleased to welcome back EdgeImpulse's Daniel Situnayake. Dan will be building on his first tutorial, where he walked us through training our first machine learning model. This time, Dan will tackle the topic: How do I launch machine learning projects using MLOps?

If you missed the event, you can catch up on the recording below.

This thread is your place to continue the Q&A (or ask your question ahead of time if you can't make it to the episode). Drop any questions for Dan in this thread and we'll make sure he sees them!

And likewise, if you have questions for each other or want to continue discussions from the episode chat, you can also use this thread to connect and collaborate!

Dan's comments about the need for technologists and conservationists to manage and share (properly annotated) data struck a chord with me, it was right at the end of the presentation.

(Firstly, sorry for clouding this issue with my simultaneous "Ian Tuna" joke)

In the context of using AI as described in EdgeImpulse example, lets say - audio.

Well if "serengetti sounds" was a known audio track, then all you need is the unique sound of the beast in question, am I right? 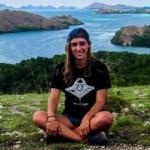