My name is Paul Bunker, Principal of Chiron K9, LLC, a canine consulting and training company based in San Antonio, Texas, USA. However, I am originally from the United Kingdom and served 22 years in the Royal Army Veterinary Corps (RAVC) as a dog trainer.

After retiring from the British Army, I was asked to establish a specialized detection dog program for the US Military. After seven years, I joined a commercial canine company and went from Project Manager to Program Manager and finally Director of the school.

In 2017 I decided I had enough of the commercial dog services world and started Chiron K9. The company name came from the cap badge of the RAVC, which, as its centerpiece, has an image of Chiron. Chiron was the name of a Centaur, a figure from Greek mythology that was half man, half beast. But Chiron was different from the unruly and partygoers of his brethren. He was the wisest and most just of the centaurs, nurturing with skills in medicine, music, archery, hunting, and prophecy. He was said to be the discoverer of botany and pharmacy and the science of medicine and herbs. So, the image I had served with for 22 years was now my company name, and the teaching and guiding nature of Chiron blended with my ethos and mission.

It had always been my desire to train and handle dogs for conservation and environmental detection projects, and from the very start, that was the focus of my company. Also, I love canine research in detection capabilities and wanted to be involved with the science side of training. Chiron K9 has scientific research, conservation, and environmental contracts, which means I get to do what I love and pay the bills.

I have two personal detection dogs, Nika and female Lab and Poppy (named after the remembrance flower), an English Springer Spaniel. I also train dogs for projects, and they are either already with their family or are paired with handlers after training.

I have been able to work on projects such as Texas Horned Lizard detection, Wyoming Toad (critically endangered) detection, support bat carcass, and avian detection, snake detection, and recently awarded a research project supporting the detection of mussel veliger’s in water sources and comparing results to eDNA.

I have been a member of WILDLABS for a couple of years, and when I saw they need a group manager for the conservation dog community, I quickly volunteered. I hope we can grow the community and become a focal point for everyone interested in dog detection in conservation.

I would like the group to be a place where people can ask questions and get objective and informative support. If that’s resolving a training issue, developing a new program, or requesting information on deployments, anything that is conservation dog-related, this should be the community to reach out to.

Please contact me with your ideas, but some ideas I would like to get started are virtual meetings with short showcases by members of their projects, discussions of the potential use of conservation canines in projects, technical advice, and question & answer sessions. 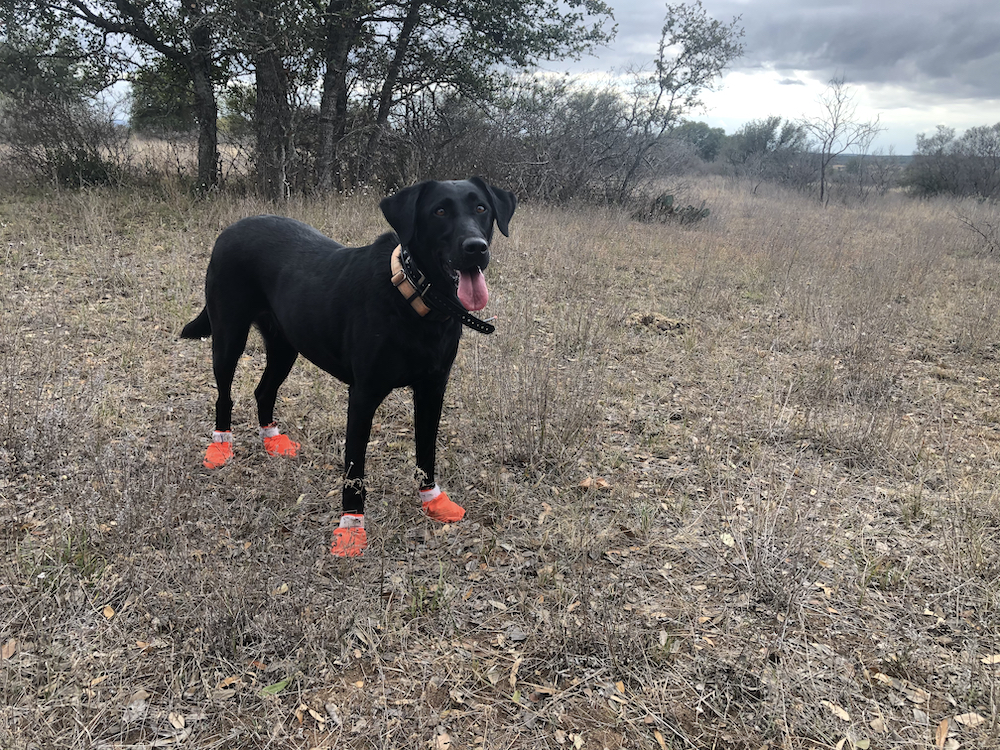 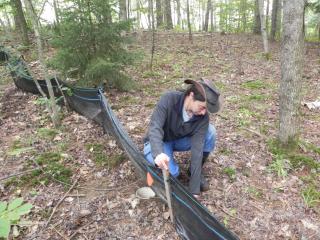 Thanks for working on this group and sharing it! I learned about it from your FB post, and hope the group grows.

Here's a picture of Newt the Labrador Retreiever alerting to an eastern spadefoot toad (in his tick-proof suit since we work in deer tick city). 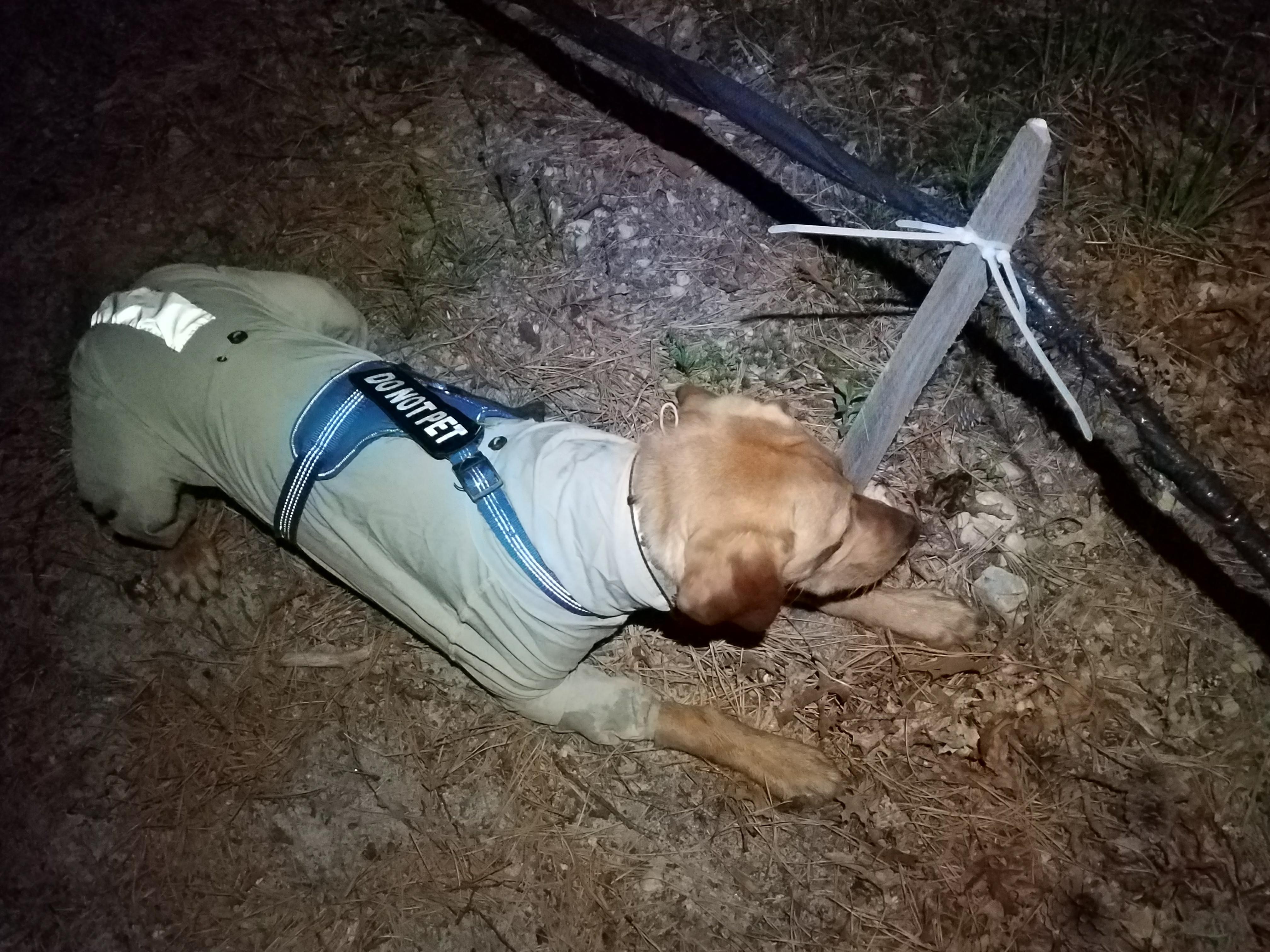 That's excellent and thanks for joining the group. Love the photo!

The suit is interesting and don't think I have heard of them before. Have they been treated for tick prevention or just physical protection. In one day in Canada I pulled 80 ticks off my dog, they were dead as I used double tick-collars up there due to them being so bad and the risk of disease.

Very interesting project and love to hear about it sometime.

The suit is a Hurtta Sun & Bug Blocker. It is treated with permethrin. So far it's pretty durable and works well. The one problem is that it doesn't allow movement of the upper arm and after two weeks it started chafing the dog's inner elbow. I took some extra fabric and made the area bigger and have had no more issues. I've sewn some reflective tape onto it as well, since we survey at night. 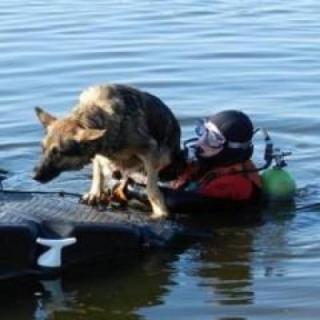 I would be interested in participating in some virtual events and information exchanges.  I have trained and handled SAR dogs, but I know little about applying this to conservation efforts.  Having a place to discuss would be great.

Thank you! I am drumming up some more interest/members and hope to arrange something soon. 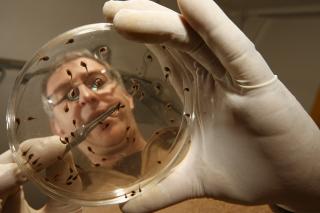 welcome and many thanks for this volunteer involment! I am also member of the eDNA community and I was so pleased to see the comparison of this technic with dog detection in your message ! I am now looking for dog detection of secretive species such as burrowing toad on land....

I just completed a survey with a detection canine to locate hibernating Horned lizards (more like a toad). The canine gave responses in typical hibernation locations but we were not allowed to confirm the alerts, of course.

Thanks for starting this. I've used conservation dogs in the past, to detect scat from jaguars, pumas and ocelots in Costa Rica. The dog makes sampling a lot more efficient, they will detect samples that you would hardly see yourself.

The terrain there is really rugged, and the weather is terribly hot and humid. There is only one trainer that has dogs trained for this in Costa Rica, they used to have a Lab called Google, the one working when we went out to the field was a Malinois, here is a picture of her in the field.

If anyone is interested I think they have worked in other countries in Central America, the organization is called Hablemos de Perros. 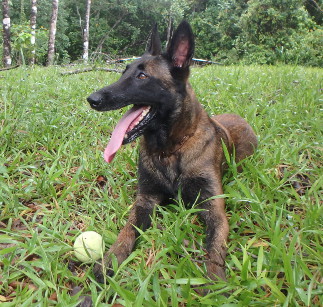 Thanks for the photo! Dog photos always get the attention of course.

I was supposed to travel to Costa Rica last year for a conservation canine project but.......as a lot of things; it was canceled.

Interesting, may I ask who you were going to work with?

I was going with another USA based organization and a filmmaker for NatGeo. It was a project involving turtle nests detection. Afraid I do not know the Costa Rican organization involved as I was the 3rd party in the project. I was going to be the canine person on the team.